South Plains College Board of Regents

South Plains College is governed by a seven-member Board of Regents elected to staggered six-year terms by the registered voters of the South Plains College District. The college's district encompasses Hockley County and the Whiteface Independent School District portion of Cochran County.

The board functions to set policy for the college, to ensure the college's financial well-being and to select and hire the President of the College. Members of the Board of Regents include the following individuals. 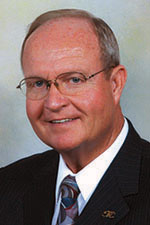 Mike Box, Chairman
Position 3, Term Expires May 2022
Mr. Box has served on the SPC Board of Regents since May 1986. He was elected chairman of the board in May 1994. He was re-elected to Position 3 May 7, 2016. Mr. Box has worked 33 years in the banking industry, retiring as vice president and branch manager for City Bank Whiteface in 2015. He currently works as a funeral director with Krestridge Funeral Home in Levelland. He is a graduate of South Plains College, receiving his associate of arts degree in 1971. He attended Texas Tech University, majoring in education. He was active in the South Plains Football Officials Association, serving as treasurer. He is a past member of the board of directors of the South Plains Regional Housing Authority. He serves as a deacon at South Plains Church in Levelland. Mr. Box has two sons: one teaches and coaches with Ozona ISD; and the other is a graduate of South Plains College and Texas Tech University. 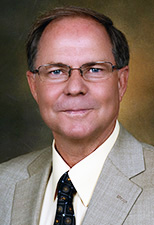 Ronny Alexander, Vice Chairman
Position 4, Term Expires May 2022
Mr. Alexander was appointed to the SPC Board of Regents May 10, 2012 to fill the unexpired term of Charles Miller who resigned from the Board March 8, 2012. He was re-elected to Position 4 in May 7, 2016. He is the owner of Ag Products, Inc. in Levelland, which sells farm and ranch products to area producers. The company celebrated its 40th year of business in March 2012. Mr. Alexander grew up on a farm in Hockley County. He is a 1977 graduate of Levelland High School and went to work for Ag Products, Inc., a year later. Mr. Alexander is very active in the agriculture community. He sits as a member of the Hockley County Soil and Water Conservation District, the Hockley County Appraisal District Advisory Board, and the Hockley County Junior Livestock Board. He is also a deacon at Cactus Drive Church of Christ. He and his wife Sue Ann have two grown sons, both of whom are graduates of South Plains College and Texas Tech University. Chad Alexander is a branch president for First Bank and Trust in Levelland, and Chase Alexander is a regional manager for Nalco Chemical in Midland. 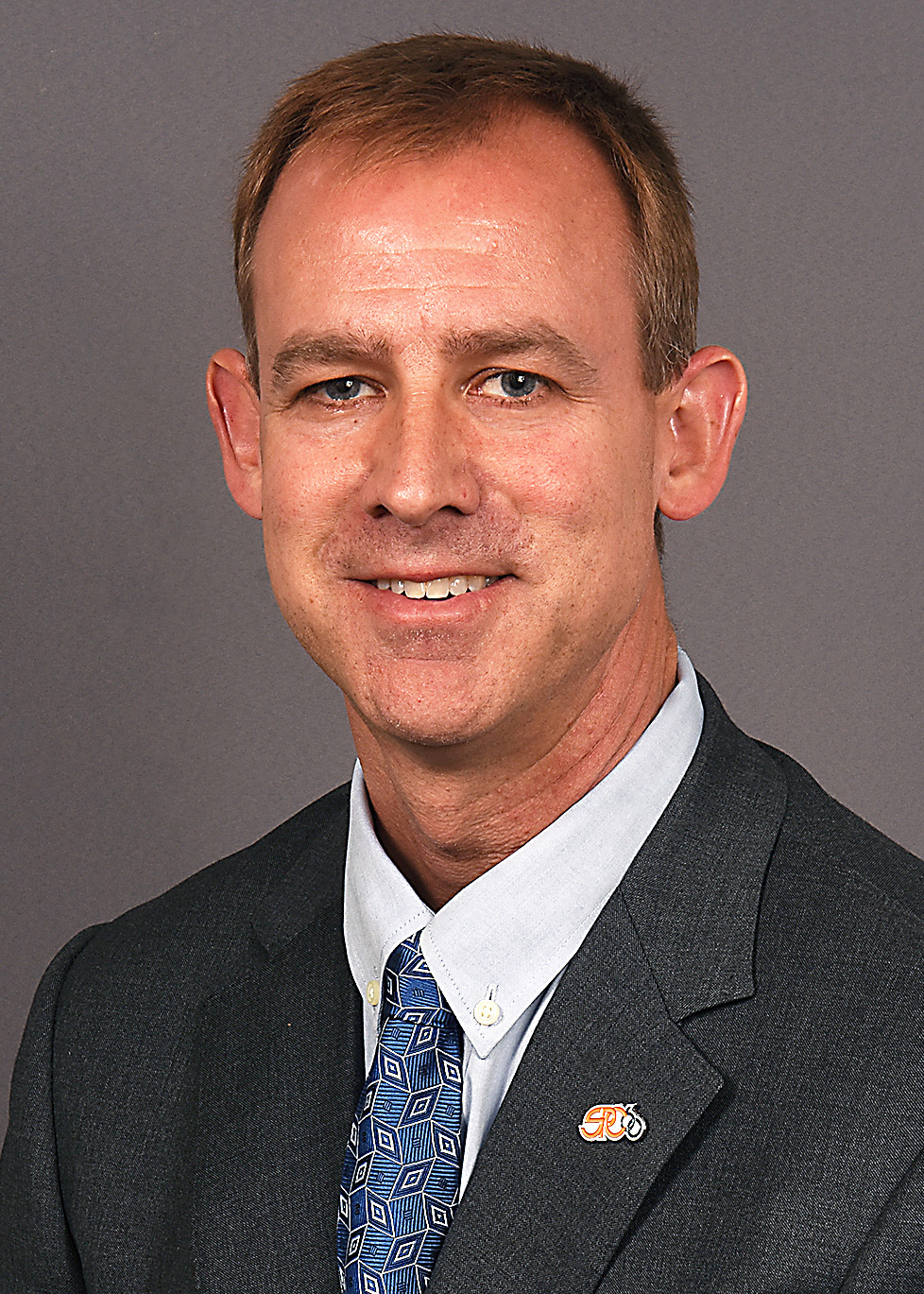 Richard Ellis, Secretary
Position 7, Term Expires May 2024
Mr. Ellis was elected to the Board May 5, 2018. He is the president of Ellis Holdings, LP, a business enterprise that researches, capitalizes and manages private equity projects. He previously served two years as executive vice president for strategy and finance for Globe Energy Services, LLC and spent 13 years as the president of Paul Musslewhite Trucking Co, LLC, which operated more than 75 years in Levelland. He started his career as a CPA and practiced public accounting in Houston for five years. Ellis is a 1990 graduate of Levelland High School and attended South Plains College during the summer while completing a Bachelor of Business Administration degree from the University of Texas-Austin.  He also holds a Master in Professional Accounting degree from UT-Austin. Ellis serves as vice president for the Canadian River Municipal Water Authority and is past chairman of the Levelland Area Chamber of Commerce Board of Directors. He also serves on the Covenant Hospital Community Board, is a member of the American Institute of Certified Public Accountants, and is past president of the Lubbock Chapter of the Texas Motor Transportation Association. He and wife Carrie have two sons, Austin and Nathan, who attend Levelland public schools. They are all members of St. Michael Catholic Church. Carrie is a CPA and active in community service, serving on the Levelland ISD Board of Trustees and Hockley County Endowment. 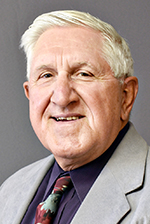 Jim Mara
Position 1, Term Expires May 2026
Mr. Mara was elected to the SPC Board of Regents Nov. 3, 2020. He worked in the retail supermarket industry for 54 years before retiring in May 2019 as manager of the United Supermarket store in Levelland. Mr. Mara is a graduate of Davenport (Iowa) Assumption High School. He completed many business trainings in accounting, leadership and human resources during his career. Mr. Mara is active in the Levelland community. He serves on the boards of the Levelland Chamber of Commerce and the Levelland Country Club. He also serves on the Keep Levelland Beautiful committee and Early Settlers Day committee. He is a member of the Noon Rotary Club and a 2006 graduate of Leadership Levelland. He attends St. Michael Catholic Church. He and his wife of 41 years, Jane, have two adult daughters. Julianne Mara attended South Plains College and Jennifer Mara is currently a student at SPC.

Ty Gregory
Position 2, Term Expires May 2026
Dr. Gregory was elected to the SPC Board of Regents Nov. 3, 2020. He has worked as a pharmacist for 10 years and has served as the pharmacy manager at United Supermarkets Pharmacy for eight years.  Dr. Gregory is a graduate of Levelland High School and South Plains College. He received his bachelor’s degree in business administration/business finance from Texas Tech University and doctorate of pharmacy from Texas Tech University Health Sciences Center. Dr. Gregory is active in the Levelland community. He has served as past chair for the Levelland Chamber of Commerce Board of Directors, past chair for the Levelland Emerging Active Professionals group, past chair for United Pharmacy Council and the Keep Levelland Beautiful committee. He is a past member of the South Plains College Foundation Board of Directors. He and his family attend St. Michael Catholic Church. He and his wife Lauren have one child, Greyson, who attends Levelland public school. Mrs. Gregory is the program coordinator and assistant professor of accounting at SPC. 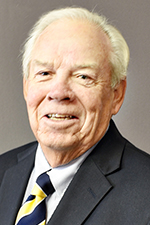 Joe Tubb
Position 6, Term Expires May 2024
Mr. Tubb was elected to the SPC Board of Regents Nov. 3, 2020. He has worked as a teacher, coach, and college administrator for 45 years. Mr. Tubb is a graduate of South Plains College. He received his bachelor’s degree in math education from West Texas A&M University and his master’s degree in physical education from Sul Ross State University. After teaching and coaching 12 years in public schools, Tubb returned to South Plains College in 1983 as director of athletics. He served in this position for 33 years, retiring in 2016. Mr. Tubb is active in the Levelland community. He serves on the board of the Wallace Theater and he is a past president of the Levelland Noon Rotary Club. He was honored as a Distinguished Citizen by the George White District of the South Plains Council, Boy Scouts of America, in 2016. He is also a past member of the South Plains College Foundation Board of Directors. He and his wife of 53 years, Kathy, have two adult children, Chad (Jennifer) Tubb and Lesli (Britt) Spears. Their grandchildren are Kayli Spears and Kade Spears. Kayli will graduate from Texas Tech University in December and Kade plays basketball for Sul Ross State. Mr. Tubb’s wife, son, daughter, son-in-law and granddaughter attended South Plains College. 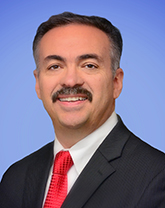 Chris Edens
Position 5, Term Expires May 2024
Mr. Edens was elected to the SPC Board of Regents June 8, 2021. He works as the Director of Planned Giving for the Salvation Army, a position he has held for more than 10 years.

He attended South Plains College from 1988 to 1990 and he served as Student Body President and a member of the Livestock Judging Team. He received his Associate’s degree in agriculture. He transferred to Texas Tech University where he received his bachelor’s degree and Master of Science in Agriculture Education.

He and his wife DeEtte, associate director of health and wellness at SPC, have three children Kelsi (Dallon) Moorefield of Snow Camp, N.C.; Grady, a SPC graduate, who attends Texas Tech; and Grason, a sophomore at Levelland High School.