LEVELLAND – South Plains College students Kamryn Alvarez of Earth and Scott Frazier of Wichita Falls were named recipients of the Vera Sue Spencer and Thomas Spencer, Sr. Awards for Outstanding Achievement. They were honored during SPC’s 63rd Annual Commencement Ceremony on Friday (May 14) in Texan Dome.

The Vera Sue Spencer Award is presented to a SPC female student who demonstrates the qualities of outstanding leadership and service to the college and community. The cash award was established by Dr. and Mrs. Thomas Spencer in memory of their daughter, Vera Sue, who died while Dr. Spencer was president at SPC. The award was established by the Spencer Family in 1971, and recipients are recognized each year at commencement.

Alvarez had visited the SPC campus on several occasions during her high school years. She would cheer on their basketball teams in the regional tournament, and she participated in UIL Journalism, One Act Play and Drum Major camps. She enrolled in SPC in fall 2019.

“I chose to major in Cinema and Video Production Technology because I was impressed with the curriculum and classes,” she said. “The classes were offered in writing for radio, television and film; cinematography; advanced film and video editing as well as courses in audio engineering, lighting technology and video production. I was so impressed by the courses that I knew I made the right decision.”

Alvarez is a sophomore cinema and video productions major. She was named 2021 Homecoming Queen. She is listed on the President’s Honor Roll with a 4.0 grade point average, she is a member of the Phi Theta Kappa International Honor Society as well as Catholic Student Ministry and 6th Man, athletics supporter. She serves as a resident assistant at Nathan Tubb Hall. Alvarez was selected the Perkins Student Spotlight in Technical Education in March. 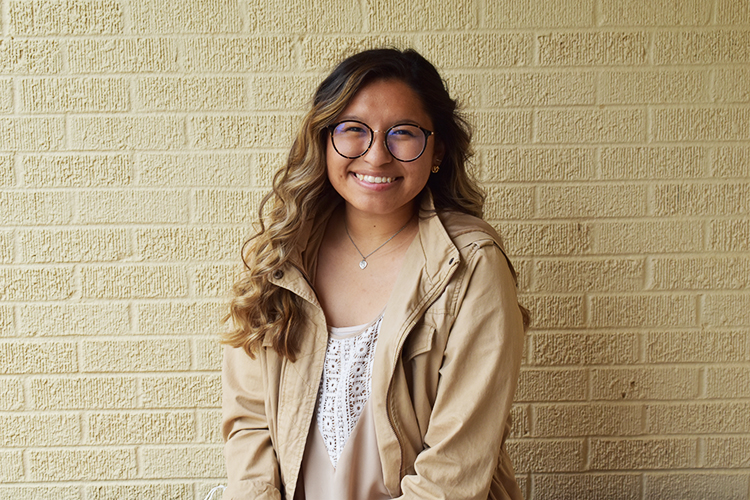 Alvarez is committed to academic excellence. She earned dual credit in high school in U.S. History 1 and College Algebra. She is the recipient of the Valedictorian Scholarship, the Christine DeVitt Video Technology Scholarship and the SPC Founders Opportunity Scholarship. She also performs volunteer work on the SPC campus.

“She always put in time to help her students with any situation they had and she taught me how to work hard while having fun,” Alvarez said. “Even though I am no longer in her class, she still greets me every time I see her and she manages to put a smile on my face all of the time.”

Alvarez is the daughter of Carlos and Melissa Alvarez of Earth. After graduating from South Plains College, she plans to transfer to West Texas A&M University to obtain a bachelor’s degree in theatre design and technology.

The Thomas Spencer Sr. Award is presented annually to an outstanding male student who demonstrates the qualities of leadership and service to the college and community. The late Dr. Thomas Spencer, Sr., played an important role in the formative years of South Plains College as its founding president. In recognition of his leadership at the college and later as president of the Texas Community College Association, the college established the Thomas Spencer Sr., award in 1998 in celebration of its 40th anniversary. A committee comprised of faculty and administrative personnel nominate and select the award recipient.

“I chose to attend South Plains College after one semester at Texas Tech University,” he said. “I really didn’t enjoy being on that big campus. I heard about South Plains, and saw this opportunity to compete.”

Frazier said the small school aspect of SPC made the college feel like home. In spring 2021, he was a member of the National Junior College Athletic Association Division I Men’s Indoor Track and Field Championship team. He topped his personal record in the pole vault of 15 feet 6 inches by one foot to place 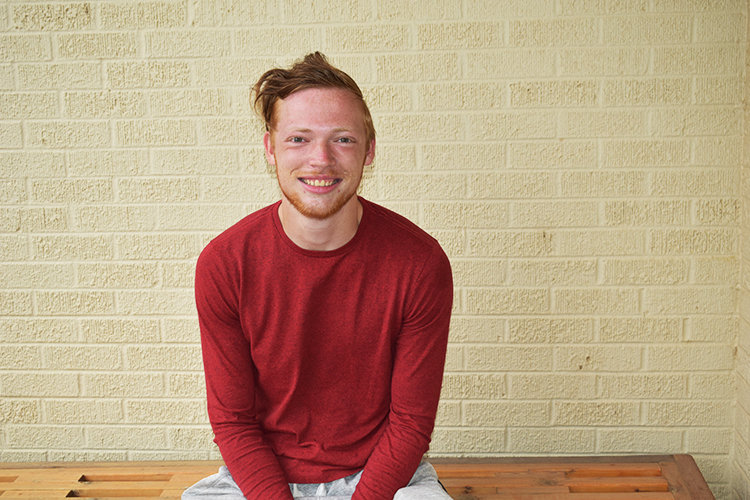 fourth in the event. He also earned All American Honors as a pole vaulter.

Frazier is a sophomore computer science major. He worked as a resident assistant at Lamar Hall and Gerstenberger Hall during all of his semesters at SPC. He performed volunteer work through the Office of Student Life. Frazier is recognized on the Dean’s List for spring 2020 and fall 2020.

Frazier said he considers Dr. Jay Driver, professor of mathematics and coordinator of the mathematics and engineering department; and Don Pathirage, instructor in computer sciences, as his most influential instructors.

“Dr. Driver and the way he teaches his class made me curious about and enjoy math again – something that is very hard to do,” he said. “Pathirage helped me find a passion and pick a career path in computer science that I had no idea was there.”

Frazier is the son of Deidre Frazier. After South Plains College, he plans to attend West Texas A&M University to compete on the track and field team. He also plans to pursue his career in computer science.