LEVELLAND – When twin sisters Deanne (Jose) Calderon and Krystal (Victor) Saenz grew up, they shared a special bond and a huge connection to their families. At that time, the twins didn’t know that the stars had aligned to bring their daughters, Adamari Calderon and Bianca Saenz, to a special day in their family's history.

Although the graduation ceremony is a milestone itself, for Saenz, it will be doubly special. Currently, she is a senior at Whitharral High School and Valedictorian of the Class of 2022. She will earn her associate’s degree before she graduates from high school on May 20. She has already been accepted into the Engineering Program at Texas Tech University, where she plans to study Chemical Engineering in Fall 2022.

"I’ve worked really hard, and I especially thank my parents for making me responsible enough to handle the dual credit courses and high school at the same time," Saenz said. "I chose to pursue chemical engineering because I see myself as a bit of an environmentalist. Also, I want my hard work to lead somewhere. Simply put, I plan to make daily life more sustainable and less wasteful."

Calderon supports her cousin’s quest because they share so many "firsts." Both students are first-generation college students and the first ones in their families to graduate from college. 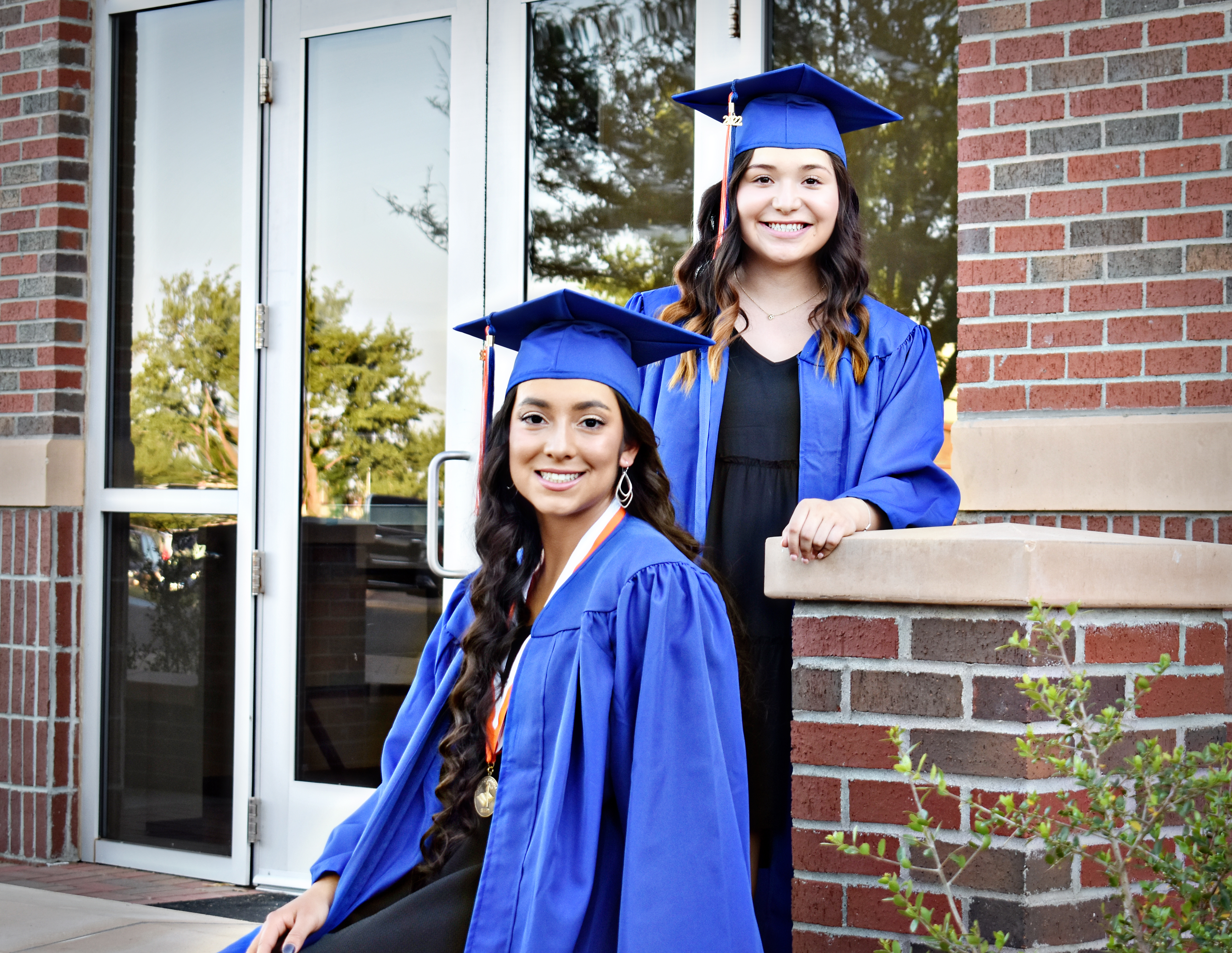 "I was accepted into Texas Tech, and I will be an undergrad studying clinical psychology," Calderon said.

Saenz said she found the dual credit route the most beneficial for her because it saved a lot of money and time as well as being easier on her parents.

"It actually saved those two years she said, especially considering that chemical engineering is a four-year program," she said.

The next step will be the move to Lubbock and securing housing. Saenz said she plans to live in the residence hall on the Texas Tech campus. Calderon said she is looking for a house or apartment to live in. The cousins recognized early in their childhood that Saenz was incredibly smart and a great student.

"The whole family saw it," Calderon said. "We knew she would do good things."

Saenz credits her academic achievement to her mother, Krystal, who provided extra study activities beyond what the school provided. She used those activities to learn how to work harder as a student. She said it gave her the drive to be independent and responsible.

"In my future, I want to become stable and successful in my career," Saenz said. "I want to give back to my parents for all of the support they’ve shown me. In 10 years, I hope to take them on a trip to Italy.

When her schedule permits, Saenz said she likes to spend time with her brother, Victor, 14. He is in the eighth grade.

"We've always been very close, and most of my free time is spent with him," she said. "We listen to music, workout and watch television shows together. My parents raised us both to work hard and, most importantly, to have goals, and he's no exception to that. While we've both done very well academically and athletically, I'm more inclined to the former, while he's certainly now the more athletic sibling."

Saenz said she has always enjoyed sports, and she is a two-time cross country state qualifier.

Calderon also credits her family for her success academically. She said she wants to become financially stable and live a happy life.

Calderon is the second oldest of the family’s five children. She follows an older sister, Ayreli, 21; has two younger sisters, Anais, 14, and AryMar, 10; and a brother Uriel, 18.

"The older I get, I realize the sacrifices and all they’ve done throughout our lives," said Calderon. "We have had a really good circle of relatives around us. And this is just the beginning."