LEVELLAND – Kenneth “Alan” Foster can trace a large part of his professional success to two things – the training he received in the Welding Program at South Plains College from Pete Stracener and the conversation he had with one of the original SPC faculty members, Earl Gerstenberger.

As a youngster he would often visit his grandparent’s farm near Abernathy. Foster was introduced to welding by his grandfather. His grandfather had taken an old shovel to a local welder’s shop where the tool was mended. Foster said he found the experience fascinating, and he knew that was something he wanted to do. As a teen, Foster worked on a farm near Levelland where he would often weld.

“When I was getting close to graduation, my mom introduced me to Pete Stracener who gave me a tour of the welding shop,” he said. “I thought, ‘this is it what I want to do.’”

Foster was no stranger to the college as his mother, Sherley, served as the director of Guidance and Counseling for several years. Foster fondly remembers roaming the halls of the college as a child. He said there was no question that he would attend SPC after graduating from high school.

Foster enrolled in the Welding Program at SPC in the fall of 1986. While attending SPC, he landed a job at a local welding and fabrication shop, Worley Welding Works. Foster finished his degree and took a job working for Taylor Welding and Oilfield Services as a welder and roustabout.

“I was making nearly $9 an hour and I was thinking ‘man, I am rich,’” he said. “I had a truck that was less than a year old and I was making good money. My Dad asked me what I was going to do next. I said ‘why waste all that time in school when I’m doing good here?’”

Foster said that his dad told him it was his choice, although his parents wanted him to continue his education. A few years later, Foster said he realized there was more he could do.

“I had a talk with Travis Spears (SPC instructor in Government), and I told him I would be almost 30 by the time I finished another degree,” Foster said. “And so maybe I should just continue working.”

Foster said Spears was well-known for his pearls of wisdom. Spears told him, “The way I see it, either way you’re going to be 30. So you might as well be 30 with a degree.”

So, Foster returned to South Plains College to take courses that he would need at either Texas Tech University or Texas A&M University. He earned an associate of Science degree in General Studies. 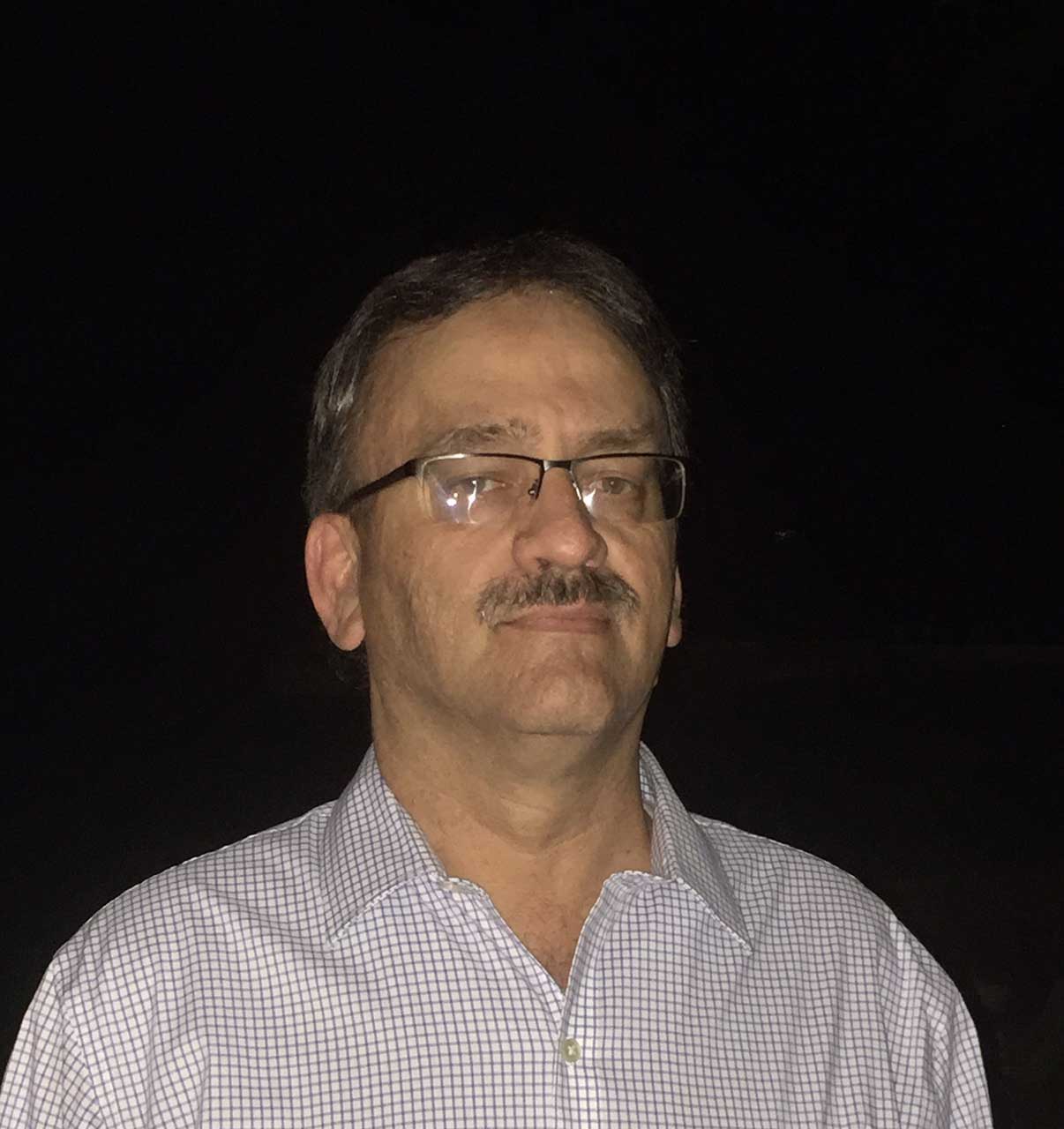 A few months later, Foster and his wife, Debra, were headed to Dallas to attend a family reunion. While on the trip, the couple spoke about Foster continuing his education. Foster said he always wanted to go to A&M University, so the couple then pulled out a map and looked at the towns around Bryan College Station.

Debra, a school teacher, decided to call the schools to inquire about teaching positions. The following week they headed to Bryan College Station where she participated in three successful interviews. She was offered a job at each school. After accepting an offer, the couple chose to move to Brenham.

At his mother’s urging, Foster went to talk to Earl Gerstenberger at SPC because Earl had grown up in Brenham.

“Earl talked about growing up there and how he’d enjoyed it,” Foster said. “Then Earl looked at me and said, ‘Just remember one thing, if you’re going to do it – do it all the way. Don’t look back.”

Foster said those words pushed him forward. The couple moved to Brenham even though Foster had not yet been accepted into Texas A&M. He enrolled in Blinn College and went to work at a local welding shop, AMI Products. Foster later enrolled in Texas A&M where he received his bachelor of Science degree in Mechanical Engineering Technology. He continued to work at the welding shop throughout his time at Texas A&M.

“One thing I liked about the welding shop is that I could go to school and learn an engineering practice and then I could go out and apply in real life the same day,” Foster said.

When the welding shop owners wanted to expand, they talked to Foster who designed the project, performed all of the calculations, purchased the materials and oversaw the construction to build the 100x300 structured-steel building.

“I may not always remember every detail about all of the projects I have been involved with but the people and the relationships you have, you never forget that,” Foster said. He remains friends with the owners of AMI to this day.

Shortly after graduating from A&M, Foster started working for Chicago Bridge and Iron in Houston in 1998. However, a decline in the petrochemical industry prompted Foster to find another job.

“They said that if I wanted to stay with the company, the only work they had was overseas, but I kinda like the U.S, so I moved on to Alamo Industrial in Seguin,” he said, with a laugh.

While at Alamo, Foster quickly worked from a manufacturing engineer to a leadership position as a project engineer in one year. He was responsible for helping the company convert the plant to a new way of manufacturing. He managed a project to physically rearrange a 600,000 square foot manufacturing facility. The project included establishing a capital budget, managing time and resources of the maintenance department, working with operations to schedule down times for moves and other tasks. He said he relied heavily on his welding and engineering training to help him accomplish his goals.

After a short time at Alamo, a new career opportunity presented itself. A family member urged Foster to take his career to Texas City.

“My brother-in-law suggested that I apply for an Asset Reliability position with BP/Amoco in Texas City,” Foster said. “He knew what I was doing at Alamo and recommended the position.”

In 2001, Foster was responsible for the reliability, maintenance and project engineering of infrastructure for crude and chemical dock facilities and site tank farm (150 tanks ranging in size from 500 bbl to 780,000 bbl).

In late 2002, Foster returned to Alamo Industrial as a senior manufacturing engineer and capital projects manager for the next two years. While working at Alamo, he received a job offer as a quality assurance program manager at Whiting Refinery in Chicago, Ill.

“I spoke with them about the position and when I got off the phone I was thinking that there was no way I was going to pick up and move 1,500 miles away,” he said.

Foster said he was reminded about his conversations with Earl and Travis, so three months later he and Debra moved to Chicago. While working at Whiting Refinery, Foster was given the monumental task of creating and implementing a Mechanical Quality Management program. The company had experienced several incidents which garnered unwanted attention from the Environmental Protection Agency. The EPA had threated to remove the company’s air emission permit.

Foster joined forces with colleagues from his previous jobs, two managers and 10 inspectors to develop a program from the ground level to fully functional and recognized organization in just under two years. The development included policies and procedures; operating budget; staffing plans and costs forecasts; and technical specification.

The company allowed Foster and his team to test the system during a shutdown and turnaround of its Catcracker. The Catcracker usually produces 60 to 70 percent of the money made in the refinery business, and is one of the most critical units in the refinery.

“I wanted to start on a small capital project and work our way up,” he said. “But they said ‘no, we don’t want to do it that way, we want you to do it on the Catcracker shutdown,’

“So, long story short, we piloted a brand new quality assurance program on the most critical unit in the refinery,” he said. “And it went off without a hitch!”

During the shutdown, Foster said they had to complete six months of work into six weeks. The results were excellent and earned the team corporate recognition. Although the program has evolved and changed, the core of their program is still the same as the one Foster helped put into place 13 years ago.

“Despite that success, I still remember March 23, 2005, when the refinery at Texas City had a major problem that killed 14 people and about 170 people didn’t go home at the end of the day the way they came to work that morning” Foster said. “I had a lot of friends who worked there and the hardest part was in not knowing for several days, or even weeks, the fate of my friends.”

He said the incident shook the petrochemical industry, including himself. A few months after the facility was shut down, the refinery manager at Texas City contacted Foster about coming back as a project manager for quality assurance. The company wanted to make sure that anther catastrophic incident did not reoccur. It was no small feat.

“After working for 10 to 12 hours a day, six to seven days a week, for about six months straight, we finally got the units back up and running,” said Foster. “It was a pretty big undertaking.”

One day, after he completed the project in Texas City, he received a call from one of the directors of Operations at Fluor Corporations with an enticing career opportunity. Continuing his faith-driven career, he accepted the position.

Foster went to work for Fluor Corporation in 2008 in Sugarland. He was the System Completion Lead/ Exxon Mobil-Iraq West Qurna Project. He was responsible for the $6 billion project that focused on the development of turnover/commissioning strategies, plans and staffing for the Early Works and Early Water Injection projects. He worked there until 2012.

After three years at Phillips 66 in Houston, Foster started working for his present employer, LyondellBasell Chemical Corporation in Houston. He works as a Technical Assurance Program Manager for Global Projects where he is responsible for the management and oversight of the Technical Assurance and Quality functions on major projects within North America.

“Every position I’ve held has, at its base, Pete’s welding shop,” he said. “The welding and the value of relationships started here have been used my entire career.”

Alan and Debra reside in Brenham and stay busy with their two children, Alanna and William.

Foster will be recognized during a Presidential Reception at 5 p.m. on May 11 in the T-Club and he will be the honored guest at the 59th annual SPC Commencement Ceremonies at 9:30 a.m. and 1 p.m. on May 12 in the Texan Dome.

For more information please contact Stephanie Smith, alumni coordinator, at slsmith@southplainscollege.edu or by phone at 806-716-2103.