REESE CENTER – Chainsaw Massacres, a robot from New Deal High School, claimed the coveted Tin Man trophy following the robotics competition held recently in Building Six on the South Plains College Reese Center campus. This marks the second year in a row that a team from New Deal has won the contest.

The Tin Man Competition featured four preliminary rounds, one redemption round before the final battle. The Chainsaw Massacres team was comprised of Fabian Marez and Antonio Villalobos. Rocky Upchurch coached the team.

SPC Plainview Center entered one team, the Terminator. It was comprised of Julion Flores, Iven Ramirez and Israel Vascez.

The IMET Program includes the Robotics course as part of the electronics curriculum. Among the concepts introduced range from what is a robot through the construction of a home-made Computer Numerical Control machine. A CNC Machine is a machine that uses a computer to control its motions and associated with milling and cutting machines. Industrial robotics is emphasized throughout the curriculum. 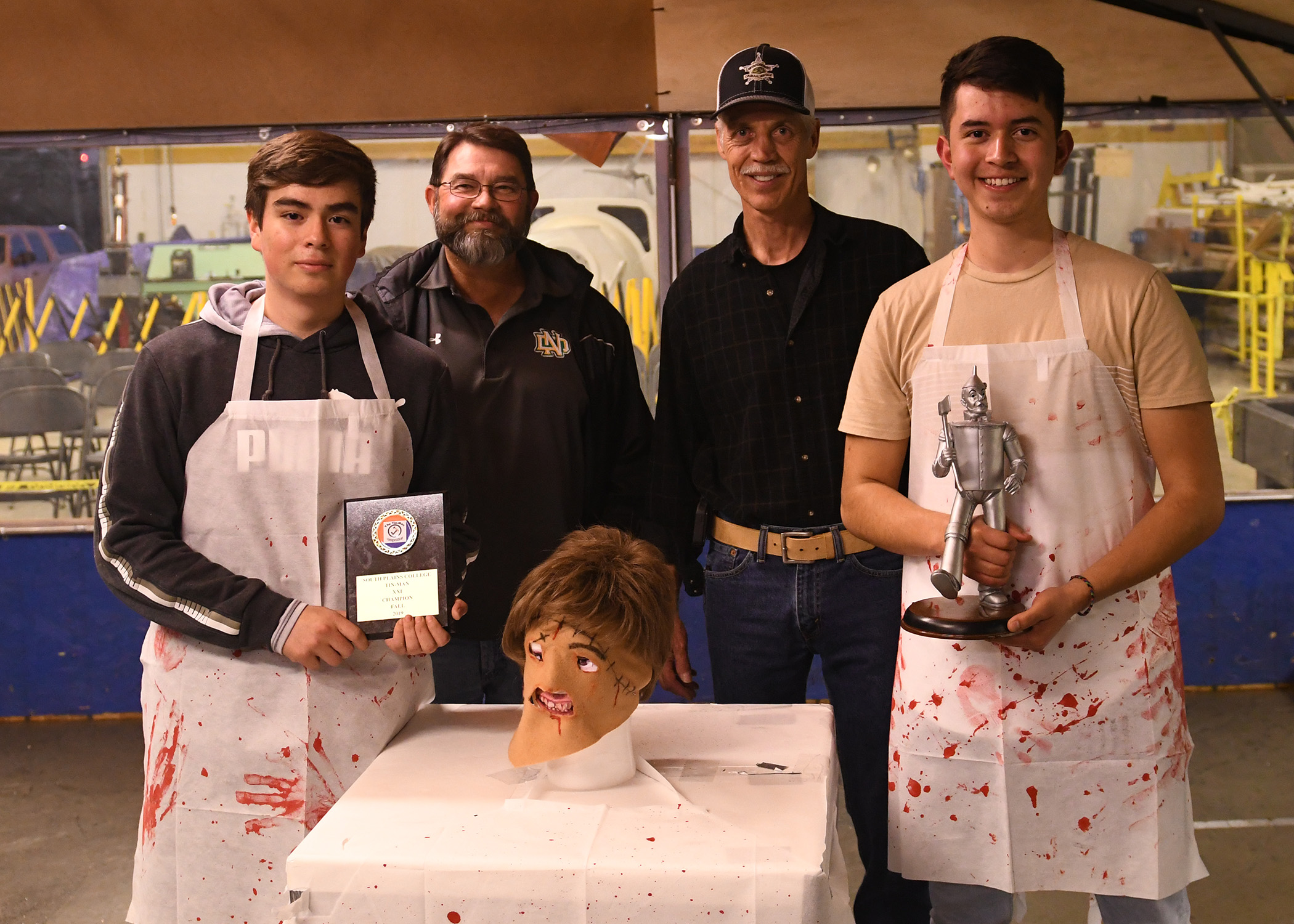