LEVELLAND – Pre-kindergarten and second grade students at Whiteface Elementary School recently made a donation to support the Andersen Gruhlkey Memorial Scholarship. The students raised $1,940 by filling plastic bears with loose change from the end of November through Dec. 18.

The proceeds were presented to Melanie Gruhlkey, Andersen’s mother and a teacher at the school.

“This was so wonderful,” Mrs. Gruhlkey said. “The students started it and it just took off throughout the school and even to the parents. It’s a blessing.”

The campaign was supported by all of the students at the school although the project was spearheaded by the second graders. Students created signs that were displayed throughout the school. The signs read “Be An Andersen,” “Be Kind” and “Fill the Bears. Each Friday, the students went to the classrooms to collect the contributions to the bears. The bears were so full that they were loaded onto chairs and pushed down the hall to Amanda Couch’s classroom. Ms. Couch directs students to participate in an annual service project.

Andersen was born May 3, 1994 in Amarillo to Jim and Melanie Gruhlkey. He was a graduate of Whiteface High School and South Plains College. He was pursuing an online degree from West Texas A&M in Canyon at the time of his death. He passed on May 5, 2019.

The Andersen Gruhkley Memorial Scholarship endowment was established in 2019. Because an Impact Award also has been funded, the scholarship can be awarded during its three-year earning period.

For more information about donating to this scholarship or about ways to support students at South Plains College, please contact Julie Gerstenberger, director of development and alumni relations, at (806) 716-2020. 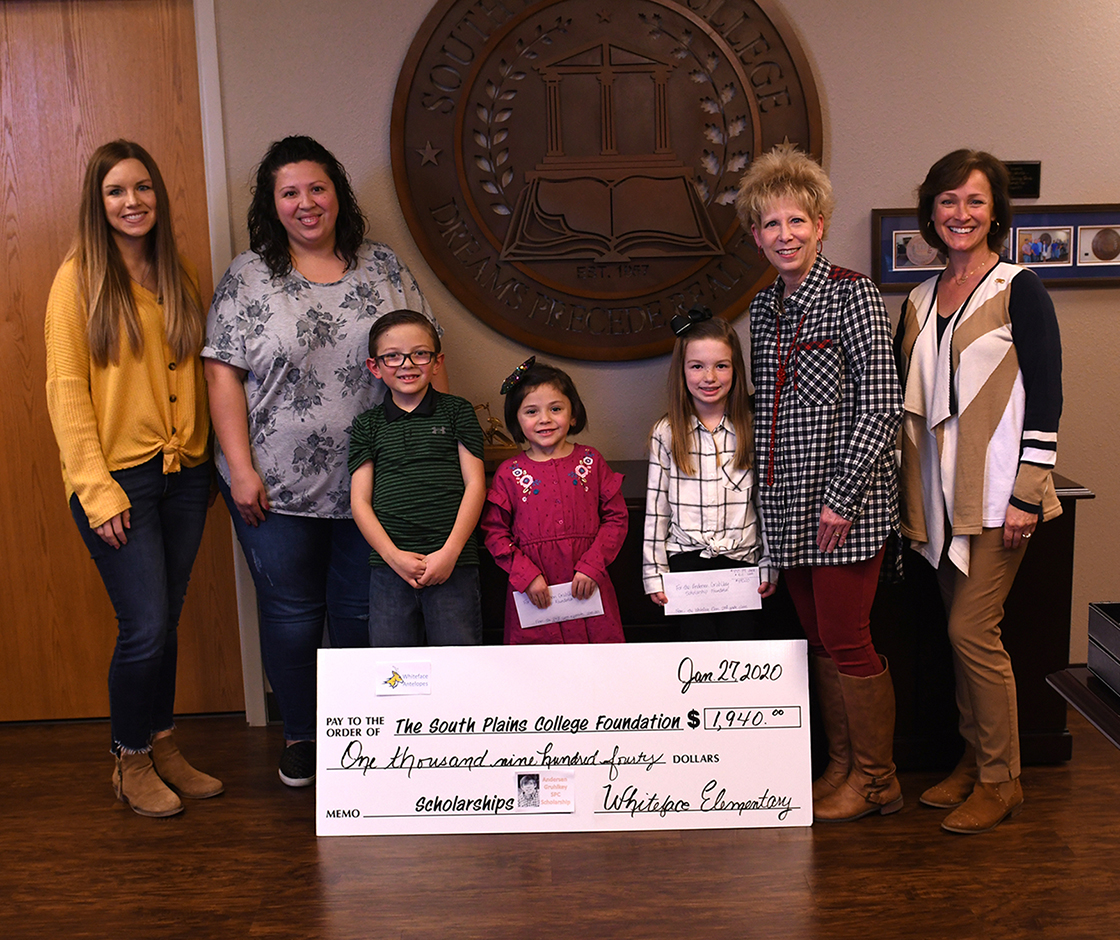